In his laugh-out-loud Ted talk, sustainable development expert Ernesto Sirolli says every business needs three things to be successful: someone to make the product, someone to sell the product, and someone to look after the money.


“Guess what?” he continues. “We have never met a single human being in the world who can [do all three]. It doesn’t exist. This person has never been born.”


Many new small businesses have difficulty accomplishing all three of these tasks, because early ventures are often led by a single person with an idea. The “product” person, if you will. They are the one who gets the inspiration to make something, afterall.


But some entrepreneurs are lucky enough to recognize the need for a crack team of capable people to fill each role. When a budding company recognizes it early, you get success stories like New Belgium Brewing Company.


Like most tiny, new businesses, New Belgium began as the brainchild of a “product” guy. Or perhaps more accurately, a “beer” guy by the name of Jeff Lebesch. He loved beer, mountain biking, enjoying nature, and being in Belgium, and it was on a day in 1988 when he had done all three that he made up his mind. He was going to start making craft beer in his basement. He did just that after returning to Fort Collins, and made two brews (now favorites among New Belgium customers) with only an idea and a handful of international ingredients.


But that would probably have been the end of Jeff’s brewing success had his wife, Kim Jordan, not taken on the role of bookkeeper, salesperson, distribution manager, and more. With her help, the basement brewing operation made waves in Fort Collins. But even with two people running the show, New Belgium would hardly have reached beyond its local acclaim had they not added the watercolor art of (their neighbor) Anne Fitch, whose style and visual brand direction made their helped make their product competitive on shelves around the nation.


As members of the original team have moved on to new ventures, other key players have taken their place. New brewmasters, new artists, and so on, always maintain the balance of what they call “bottom-line, barrels, and books.”


New Belgium Brewing Company also takes firm stances on sustainability and local engagement, which is only possible for small and medium businesses when they have all their ducks in a row, operationally. That’s one of the perks of having a great team: combined, they can are even more productive than each acting separately.

If you are just starting out as a small business owner, or a basement entrepreneur, take a lesson from New Belgium and be sure to pursue the right combination of people to make your dream a reality. You may not be able to pay them much (or anything!) at first, but better to owe yourself and a partner some money than never get your idea off the ground at all.


With the right team beside you, any idea is well within your reach. Without the right people, even great ideas can fail before they get a chance to soar. 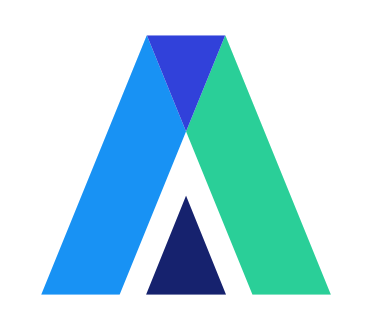